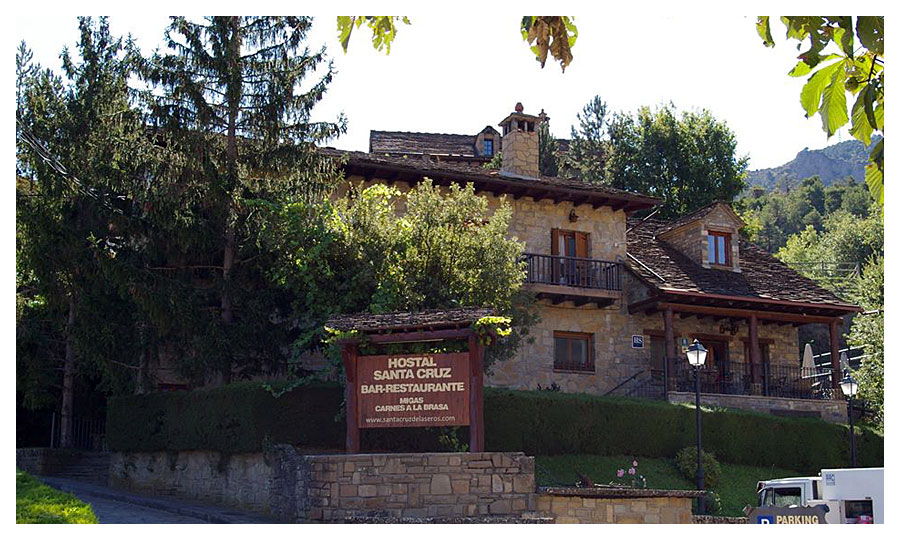 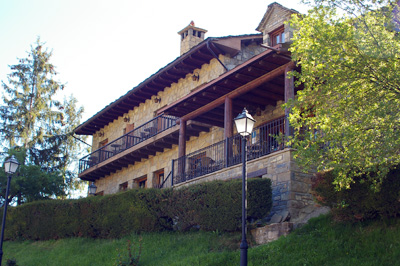 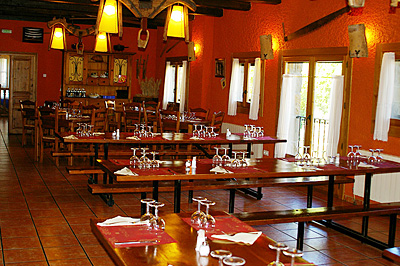 The Hostelería Monte Ordana company consists of three establishments, a hostel, the restaurant and the newly opened self-service shop in June 2010.

Watch a huge number of birds, besides visiting the Monastery of San Juan de la Peña, the city of Jaca or the natural places of the Valleys, from Santa Cruz de la Serós... 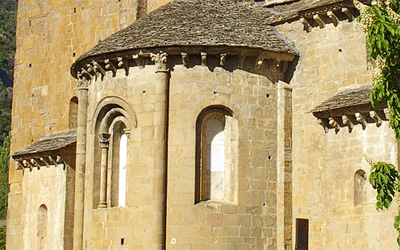 The village of Santa Cruz de la Serós is famous for its traditional architecture, with its houses made of stone and finished with the typical roof of slabs and the spectacular trunkconic chimneys...read more 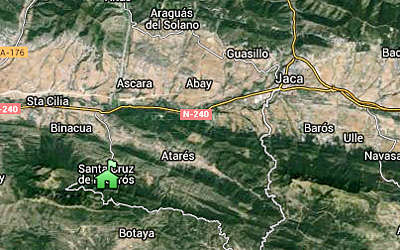 The National Road from Pamplona, the motorway from Zaragoza, the Portalet port or the Somport Tunnel are the ways to get to Jaca and to move around it... read more